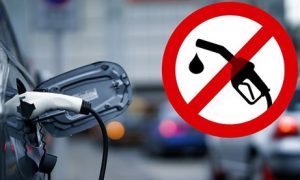 On 4 February 2020, the Prime Minister announced the UK Government would be consulting on bringing forward the end to the sale of new petrol and diesel cars and vans from 2040 to 2035, or earlier if a faster transition appears feasible, as well as including hybrids for the first time. This reflects the Independent Committee on Climate Change’s advice on what the UK needs to implement as part of its contribution to reach net zero carbon emissions by 2050.

AddVantage Strategy commissioned an independent survey of over 1,000 car drivers in October 2020 to explore sentiment on this move. We found that 7 in 10 were either positive or neutral about bringing forward the date from 2040 to 2035 or earlier. 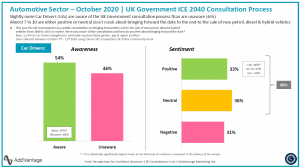 The Government is expected to confirm this week (w/c 16th November 2020) that the timing of the ban on the sale of new petrol and diesel cars is to be brought forward a further five years to 2030.

This first of a two-part blog series, explores the policy underpinning the transport sector’s contribution to the 2050 net zero target.

The second will explore the reality around the challenges that need to be addressed across government, industry and road users. This includes insights from a Brunel University London webinar hosted by AddVantage Strategy, alongside a panel of industry experts on the future of the automotive industry. 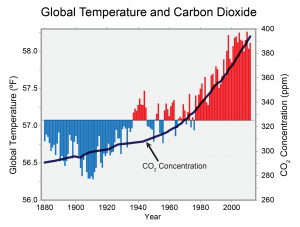 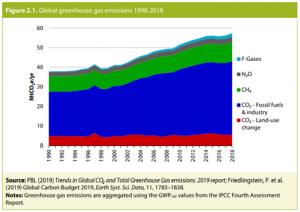 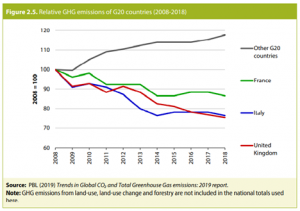 Analysis of the sources of GHG emissions, shows that this positive trend has been driven by huge improvements in the energy sector. There has been little contribution elsewhere, in particular transport which is now the largest emitting sector at 28% (source: Climate Change Committee). 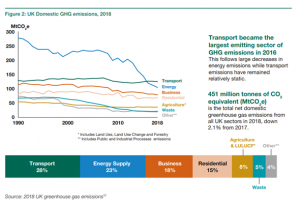 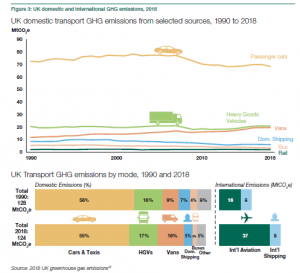 The purpose of the CCC is to advise the UK and devolved governments on emissions targets and to report to Parliament on progress made in reducing carbon emissions to net zero by 2050 and preparing for and adapting to the impacts of climate change.

The latest view from the CCC on the likely emissions over time highlights a gap between the required reductions to reach a net zero target by 2050 and current government projections. 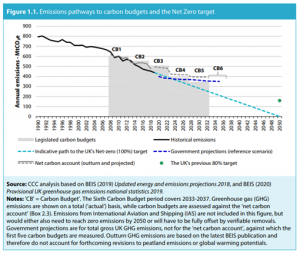 Reaching net zero emissions will require the UK to have all the energy delivered to consumers in zero-carbon forms (i.e. electricity, hydrogen, hot water in heat networks etc.) AND the generation of this energy to come from zero/low-carbon sources (i.e. renewables and nuclear, together with bioenergy and fossil fuels using carbon capture and storage – CCS).

As part of the CCC work, a cross-sector action plan has been developed, which in relation to the transport sector includes: 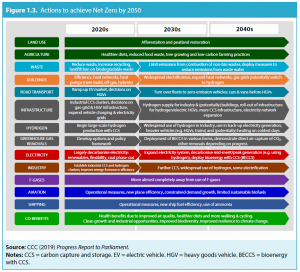 This policy direction from the CCC, has been translated by the Department of Transport into six principles to deliver a net zero transport system. This will guide the creation of the Transport Decarbonisation Plan due in the near future (source: Department for Transport). 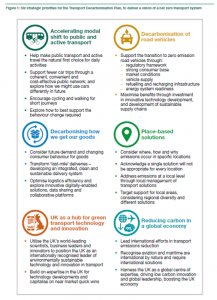 The UK is a global leader in reducing GHG emissions, by virtue of the progress to date and proactive approach enshrined in law.

However, there is a clear gap to delivery of the net zero carbon emissions target by 2050, so much work is needed particularly in the transport and energy supply sectors to make this commitment a reality.

The second blog post in the coming weeks will seek to understand the reality of delivering net zero GHG emissions, incorporating insights from the recent Brunel University London webinar, hosted by AddVantage Strategy, on the future of automotive.

What do we do? AddVantage is a future planning and growth delivery partner for ambitious SMEs, bringing fresh perspectives for confident decisions on business scale-up and growth.

How do we do it? We support our clients by bringing a combination of research insights, strategic planning and experienced mentorship to overcome the inevitable challenges in building a more valuable business.